You are here: Home / Archives for limax 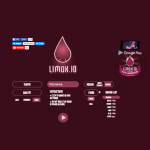 Slugging to the Top in Limax.io If Slither.io represents the natural evolution of Snake, then Limax.io is the future. Still in a very playable alpha development stage, Limax.io is a new eat-or-be-eaten multiplayer game. It dutifully feels like many other .io games, requiring minimal effort or delay before playing. Let’s enter a nickname, choose a server, and start competing against slugs across the globe. Limax.io features two main modes: Mass and Kill. Mass mode is nearly a clone of Slither.io, in which players … END_OF_DOCUMENT_TOKEN_TO_BE_REPLACED