You are here: Home / Archives for Lionhead 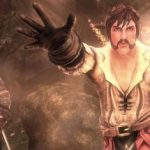 The next chapter in the Fable universe is coming to Xbox 360 on October 9, but we've got a sneak peek for you today from "Fable: The Journey" in a new video documentary from Lionhead Studios. Called "Before and After the Magic," the new video documentary reveals reactions from Comic Con attendees before and after experiencing a hands-on demo of the game at the show. Unlike previous outings in the Fable franchise, Fable: The Journey is controlled not by a traditional controller but via the Kinect. This gesture-based … END_OF_DOCUMENT_TOKEN_TO_BE_REPLACED