You are here: Home / Archives for Microsoft Store 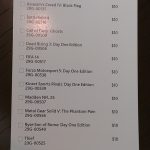 Although Amazon has made PS4 launch day bundles available again for a limited time, the Xbox One Day One Edition at Amazon is still marked as "sold out," leaving many gamers in despair that they won't be getting Microsoft's next-gen console on the actual Xbox One release date. Short of the Amazon bundles, there's no other way to get Sony's console on the PS4 release date, and it has appeared that would-be Xbox One owners are out of luck as well. But fear not; one outlet still has the coveted release-day consoles still … END_OF_DOCUMENT_TOKEN_TO_BE_REPLACED