You are here: Home / Archives for Minnesota Timberwolves 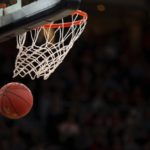 As summer winds down, NBA fans worldwide are anticipating the start of the new season. While Kevin Durant's trade request captured attention and put the league's free agency on hold for the better part of the summer, it wasn't meant to be and the superstar decided to stay in Brooklyn for the foreseeable future. Once it became apparent that no trade package was enough to land Durant, teams began assembling their rosters for the upcoming season. With the start of the 2022 season quickly approaching, now's a good time to … END_OF_DOCUMENT_TOKEN_TO_BE_REPLACED