You are here: Home / Archives for Modern War 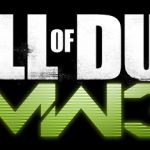 Tonight during the NBA Western Conference Finals, Activision will unveil the Call of Duty: Modern Warfare 3 reveal trailer. But why wait to see it? We've got it here, in all its glory, straight from Activision's FTP site. There's really not much more to say, to be honest, other than the Modern Warfare 3 reveal trailer will simply whet your appetite for even more Modern Warfare 3 information. Which, by the way, we'll have by the bucketload during E3. Our first booth tour at E3, in fact, is a 2.5-hour jobbie with … END_OF_DOCUMENT_TOKEN_TO_BE_REPLACED