You are here: Home / Archives for NZ online casino 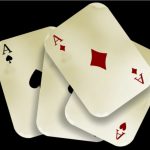 While gambling in New Zealand has existed for centuries, there have been periods where it has undergone strict regulations. Bookmaking was even prohibited in the 1920's, with only betting on horse races being permitted in 1961. However, these rules were relaxed by a parliament act in the 1980's that approved lottery games. This resulted in slot machines (pokies) and casinos starting to operate, with the first one being opened in 1994. A Gambling Act put in place in 2003 allowed players in the country to gamble on … END_OF_DOCUMENT_TOKEN_TO_BE_REPLACED