You are here: Home / Archives for pokemon 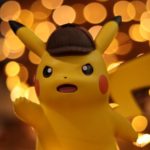 The craze surrounding Pokemon is never-ending. What started as a cartoon quickly escalated into cards and collectibles and was later transformed into interactive video games. If you are one of those Pokemon fanatics, chances are that you know the latest ventures - Pokemon Fire Red and Leaf Green. Featuring the 150 original Pokemon, the Fire Red and Leaf Green games happen in the Kanto region. If you are playing the Fire Red version and want to enhance your chances of a big win, having access to the cheats can … END_OF_DOCUMENT_TOKEN_TO_BE_REPLACED 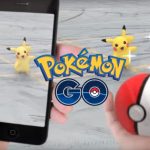 In July 2016, American software development company Niantic released a game named Pokemon Go for iOS and Android devices. It is based on the popular cartoon Pokemon. The game turned out to be an instant success. It has been reportedly downloaded by more than 100 million people all over the world. The game was first launched in Australia and New Zealand. The game was downloaded by thousands of British people even before the game was made available in their country by changing region settings and using unofficial app … END_OF_DOCUMENT_TOKEN_TO_BE_REPLACED 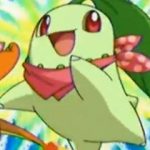 In 2014, Google played an April fool’s Day joke on everybody with a twist. Instead of tricking us into thinking they were releasing a new type of service (Google Nose anyone?) they had a nifty little update to their Maps app instead. With it, you could scroll through the real world and find Pokémon hidden in and around the major cities of the world, near landmarks and other sites. Pretty cool, right? Training hard to be the master once more Now, Nintendo has gone a step further. Recently, they announced that they would … END_OF_DOCUMENT_TOKEN_TO_BE_REPLACED