You are here: Home / Archives for Power Puff Girls 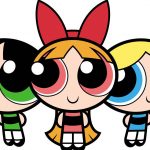 As the story goes, a mad scientist named Professor Utonium created three girls with superpowers. Buttercup, Bubbles, and Blossom can fly, have super strength, and are practically invincible. On the surface, they’re small girls with big eyes. In reality, the Powerpuff Girls are incredible superheroes. Avid animated television fans know that the original Cartoon Network series ran from 1998 to 2005. This year, the Powerpuff Girls show was rebooted on the same network. The modern edition features the same … END_OF_DOCUMENT_TOKEN_TO_BE_REPLACED