You are here: Home / Archives for Pre-order

If E3 was all about introducing the Xbox One and PS4 to gamers, this week has been about taking the next-gen console war to the masses via late-night TV shows. Doing his best to play the role of Switzerland, Jimmy Fallon has hosted representatives from both Microsoft and Sony to showcase the Xbox One and PS4, with each party obviously hoping to improve their respective lots in the PS4 pre-order vs. Xbox One pre-order debate (hint: it’s pretty one-sided toward Sony at this point). Fallon opened his week with Microsoft … END_OF_DOCUMENT_TOKEN_TO_BE_REPLACED

Outside of its DRM strategy and price, the Xbox One had a good showing at E3 -- it just wasn’t able to power through the goodwill for Sony’s PS4. That post-E3 momentum has continued for Sony, to the point that PS4 pre-orders sold at such a rapid pace that getting a PS4 launch-day bundle at Amazon now appears to be the only way to guarantee a PS4 on its ship date. Even more encouraging for Sony, at least from an investment standpoint, is a large hedge fund today increasing its ownership in Sony stock and claiming that a … END_OF_DOCUMENT_TOKEN_TO_BE_REPLACED

Sony may have gotten a ton of goodwill from gamers for pricing the PS4 at $399, a full $100 less than Microsoft priced the Xbox One, but when it comes to PS4 games, the two console manufacturers and game publishers are exactly aligned, as Sony has confirmed that first-party PS4 games will cost $59.99. That price point is the same as the current-generation of games, and it's also the same as Xbox One games. What's most interesting about Sony's PS4 game price confirmation to Shacknews is that Sony Computer … END_OF_DOCUMENT_TOKEN_TO_BE_REPLACED

It turns out the pre-order battle between the PS4 and Xbox One has been decidedly one-sided in the week following each console manufacturer's E3 media briefings. Just one week after announcing the Xbox One price and PS4 price, Microsoft and Sony (respectively) have taken dramatically divergent paths in the sales department, with a reporter from Forbes and one analyst saying the PS4 pre-orders on Amazon and at GameStop are outselling Xbox One pre-orders by a two-to-one margin. In other words, it's not just traditional … END_OF_DOCUMENT_TOKEN_TO_BE_REPLACED

The PlayStation 4 pre-order craze hit Amazon hard a few days ago, with the PS4 Launch Day Edition selling out very quickly. With Amazon's stand-alone launch units allocated, the online retailer opened up a host of PS4 launch pre-order bundles, which are now racking up orders just as quickly. If history is any indication, you'll want to head over to Amazon right now and get your PS4 pre-order bundle ASAP. Four different PS4 launch bundles currently exist on Amazon, with two of the four including sure-fire hits: a … END_OF_DOCUMENT_TOKEN_TO_BE_REPLACED 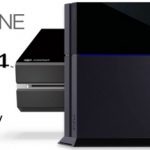 The next-gen consoles and E3 2013 have inspired more questions than answers, from Microsoft’s position on used games (read our Xbox One used-game policy analysis) and the status of PS4 pre-orders to the future of GameFly on Xbox One and the Xbox One and PS4 release date. Much to Nintendo’s chagrin, the upcoming console war is clearly a PS4 vs. Xbox One discussion. In light of this, we’ve prepared a three-part series to take a deeper dive into the issues that have surfaced during the past few weeks and to see what we can … END_OF_DOCUMENT_TOKEN_TO_BE_REPLACED

After an initial flurry of Xbox One pre-orders that pushed Amazon.com to be sold out, the online retailer has a new batch of Xbox One hardware available for pre-order now, including the special Xbox One Day One Edition. That special version of the console will only be available at launch, so if you want to get one, you'd better get over to Amazon and pre-order it now. Here's the direct link: Xbox One Day One Edition at Amazon. Available for a limited time only, the Xbox One "Day One Edition" includes the console … END_OF_DOCUMENT_TOKEN_TO_BE_REPLACED

If you didn't pre-order your Xbox One Day One Edition from Amazon yet, you appear to be out of luck, as it's no longer listed. You can try to refresh this link to see if it shows up again, but in the meantime, it appears you'd better pre-order your PS4 at Amazon ASAP, because those units may sell out sooner rather than later now that Microsoft's next-gen console is out of initial supply. Sony announced the PlayStation 4 (PS4) price for the first time last night during their E3 media briefing: US$ 399, Canada$ 399, € … END_OF_DOCUMENT_TOKEN_TO_BE_REPLACED

Microsoft in its E3 media briefing said the Xbox One will release "this November" for $499, and Sony indicated in its E3 media briefing that the PlayStation 4 (PS4) will release "this holiday" for $399. Neither company announced a specific release date for its respective console, but did one of their valued partners accidentally release the Xbox One and PS4 release date? Could be. In an email today to members of the media regarding Need for Speed Rivals -- which looks awesome, by the way -- EA let slip a specific … END_OF_DOCUMENT_TOKEN_TO_BE_REPLACED

Ubisoft today announced pre-order bonuses for Amazon.com and GameStop, with the Amazon pre-order bonus actually being an exclusive (and entire) single-player mission. Watch Dogs is a PlayStation 4 (PS4) launch title, presumably will be a launch title for the next Xbox, and will also ship for PS3, Xbox 360 and Wii U. You can click here to pre-order Watch Dogs from Amazon. Watch Dogs will be available in North America on November 19 for the current-gen consoles and Wii U. For pre-orders on Amazon, players will … END_OF_DOCUMENT_TOKEN_TO_BE_REPLACED