You are here: Home / Archives for Review of Xbox One S 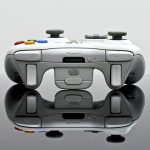 Xbox one S is the newest in line in the Xbox series. It is an upgraded and thus a better version of the Xbox one. The Xbox one S is smaller in size as compared to the Xbox one.  Although it has the same console Microsoft as that of 2013, it has a lot more surprises in store that can’t even expect. Now before going deep into it let’s first take a look at its key features- It has got a 4K games up scaling.Then it has a HDR 10 support and also HDMI 2.0 version.It consists of UHD Blue-ray.It features HDR … END_OF_DOCUMENT_TOKEN_TO_BE_REPLACED