You are here: Home / Archives for Sega

The next title in Sega's Sonic the Hedgehog franchise will be exclusive to Nintendo platforms, the companies announced this morning. The news of Sonic Lost World, a new action-platforming game, coming exclusively to the Wii U console and Nintendo 3DS handheld was unveiled during the Nintendo Direct proceedings earlier today. More information about Sonic Lost World will be announced before E3 2013 kicks off next month. The Nintendo Direct also announced Mario & Sonic at the Sochi 2014 Olympic Winter Games for Wii … END_OF_DOCUMENT_TOKEN_TO_BE_REPLACED

Sega and Gearbox Software have taken the wraps off a new competitive multiplayer mode in Aliens: Colonial Marines called "Escape Mode." In Escape mode, players the four-person U.S. Colonial Marines team goes on the offensive against a four-player Xenomorph team, challenging players in an intense scenario comparable only to the original Aliens experience. Or so the PR team says.... An exhilarating experience for fans of the ALIENS universe, Escape mode puts the four-person US Colonial Marines team on the offensive … END_OF_DOCUMENT_TOKEN_TO_BE_REPLACED

At E3 2011, we got a chance to see Aliens: Colonial Marines live and in person, with the developers at Gearbox at the helm. Here we are, one year later, and Sega has just announced the Aliens: Colonial Marines release date: February 12, 2013. For those of you taking notes at home, that's a long time from now. For the record, the Wii U version -- which has been announced -- does not yet have a release date. The first-person shooter is considered the authentic addition to Aliens franchise canon, with single-player, … END_OF_DOCUMENT_TOKEN_TO_BE_REPLACED

A second game demo for Sonic Generations prior to the title's launch on Xbox 360 and PS3, SEGA announced today. The second Sonic Generations demo will go live on Oct. 18 for Xbox 360 and on Oct. 25 on PS3. The first demo, released June 23, allowed fans to play as Classic Sonic only. The limitation made sense, considering the demo release date was Sonic's 20th anniversary. With this second demo, fans can finally play as Modern Sonic as well as Classic Sonic again. The demo gameplay will take place in environments from … END_OF_DOCUMENT_TOKEN_TO_BE_REPLACED

SEGA today launched the legendary action RPG brawler "Guardian Heroes" on Xbox Live Arcade for 600 Microsoft Points. Originally developed for the SEGA Saturn, this updated edition of the 1996 game has been completely re-mastered with enhanced graphics, new game modes and online co-op. Yes, the branching storylines and fast-paced combat are all intact in the XBLA version of Guardian Heroes. In the game, players can choose to play as one of five heroes, leveling them up and guiding them along a branching storyline with … END_OF_DOCUMENT_TOKEN_TO_BE_REPLACED 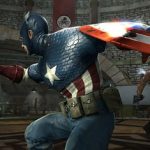 I seem to be in the gaming minority when it comes to comic books, because I never got into the whole “graphic novel” scene when I was young, and I don’t read them as an adult. Still, I have cursory knowledge of many comic-based characters, even if I don’t know their backstory. Take Captain America, for example. I know what he looked like, shield and all, when I was in my youth, and I know he was reinvented for this summer’s blockbuster Captain America film. Exactly how he was reinvented I couldn’t tell you. What I can … END_OF_DOCUMENT_TOKEN_TO_BE_REPLACED 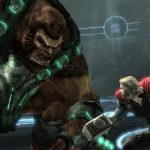 I like to think I’m a positive person. I try to find the good in every game I play, even if it’s just a shred. But with Thor: God of Thunder, the only good I could find came after turning off the Xbox 360 and knowing I was done. Winning an award for “worst game so far in 2011”? That’s not really something you use to pad the resume. I was sincerely hoping that Thor: God of Thunder would follow in the footsteps of The Chronicles of Riddick for its movie tie-in quality and success. Instead, more Thor disks will likely head … END_OF_DOCUMENT_TOKEN_TO_BE_REPLACED