You are here: Home / Archives for Sesame Street 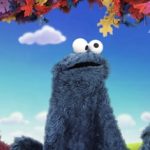 The current console generation has come full circle, it seems. Nintendo came out of the gate swinging, selling millions of Wiis to families everywhere while Sony and Microsoft battled it out for the older gamer with the PS3 and Xbox 360, respectively. Now Nintendo’s aiming high (in age) with the Wii U, while Sony and Microsoft go for the younger crowd. The latest evidence comes courtesy of Kinect Sesame Street TV, the first of two “two-way TV experiences” for Xbox 360 (the other is Kinect Nat Geo TV). The target … END_OF_DOCUMENT_TOKEN_TO_BE_REPLACED