You are here: Home / Archives for South Park 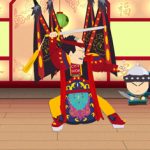 Queue the fart jokes, people. Tonight marks the South Park Season Premiere on Comedy Central, the 17th time we'll be able to cozy up next to Cartman and Co. for a debut show. But Trey and Matt's franchise is in the news today for more than just tonight's South Park Season Premiere, as Ubisoft has announced the South Park: The Stick of Truth release date. The game will be available on Xbox 360 and PS3 in North America on Dec. 10. We last saw South Park: The Stick of Truth at E3, and it was honestly the funniest game … END_OF_DOCUMENT_TOKEN_TO_BE_REPLACED