You are here: Home / Archives for SPHE 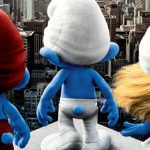 I am a child of the ‘80s. Memories of my childhood include The A-Team, Battlestar Galactica (the original), Buck Rogers in the 21st Century and The Smurfs -- and that was just Saturday’s TV lineup. Hearing that The Smurfs were making a theatrical comeback with Doogie Howser, er, Neil Patrick Harris, in a lead role stirred-up mixed emotions. On one hand, watching The Smurfs could be a great trip down memory lane, and Hank Azaria as Gargamel could inject a nice dose of slapstick. On the other hand, mixing live-action and … END_OF_DOCUMENT_TOKEN_TO_BE_REPLACED 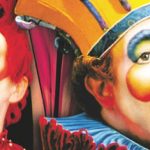 Cirque du Soleil’s stage performances have always relied heavily on themes, but never has a Cirque Du Soleil message been so overt as in the new Cirque du Soleil: Journey of Man Blu-ray 3D. Part of the allure of this recent 3D Blu-ray release is that the performances take place not on stage but in outdoor locations like forests and ponds. The Cirque producers leverage these real-world locales to discuss the meaning of life, as told through the lightning-fast life story of a child who becomes an old man. The result is an … END_OF_DOCUMENT_TOKEN_TO_BE_REPLACED