You are here: Home / Archives for The Long Dark 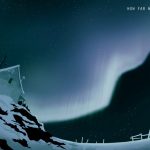 Hinterland’s sandbox experience becomes the first survival title on Microsoft’s console (Cumberland, British Columbia, Canada). June 15th, 2015. During today’s media briefing at the Electronic Entertainment Expo in Los Angeles, CA, Xbox announced Hinterland Studio Inc.’s The Long Dark as the first survival game to launch on Xbox One, and one of the first of a select number of titles coming to Game Preview on Xbox One, a new way for fans to purchase work-in-progress digital titles and participate in the development … END_OF_DOCUMENT_TOKEN_TO_BE_REPLACED