You are here: Home / Archives for The Oregon Trail 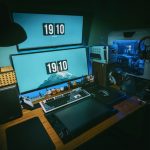 Oregon Trail is probably one of the oldest games still loved by many computer game enthusiasts. If you're one of them, you should go back and play Oregon Trail online. Although this game was built to educate kids about the 19th-century traders, it later became a form of entertainment.  Players started enjoying its theme and hunting. Also, the way users got scores and how the party members would die made this game even more fun.  Even after playing this game for years, many people are not aware of specific … END_OF_DOCUMENT_TOKEN_TO_BE_REPLACED