You are here: Home / Archives for Ubisoft

Other than Nintendo itself, Ubisoft seems to be showing the most Wii U launch love for Nintendo's forthcoming console. One of the titles announced here that's bound to garner some excitement from Ubi fans is Rayman Legends, a brand new platformer that is essentially the sequel to last year's Rayman Origins. Rayman Legends uses the innovative Wii U Gamepad to explore fresh multiplayer gameplay experiences and expand beyond the traditional platform games. Players use the Wii U GamePad to discover new ways to navigate … END_OF_DOCUMENT_TOKEN_TO_BE_REPLACED 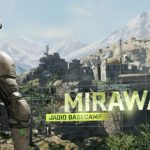 E3 is notorious for the grand return of beloved franchises, but one return that surprised us the most is Tom Clancy's Splinter Cell Blacklist. The newest Sam Fisher game was announced before E3 2012 ever began, but spending some time with it in person has reminded us just how special the franchise is. Ironically, some of the elements that make the game "fresh" are actually long-standing features from other Ubisoft games, making Tom Clancy's Splinter Cell Blacklist somewhat of an amalgam of all previous Tom Clancy games … END_OF_DOCUMENT_TOKEN_TO_BE_REPLACED

Not content to sit by and wait for E3 to announce games -- and reiterating its apparent unabashed love for Nintendo this year -- Ubisoft announced today that it's developing a new Rabbids game exclusively for the Nintendo 3DS. Called Rabbids Rumble, the game will ship for the 3DS in November. The wacky Rabbids have been let loose throughout seven different worlds and players must battle it out in-game to capture over 100 delirious Rabbids and complete their collection. Rabbids Rumble is full of interactive mini-games … END_OF_DOCUMENT_TOKEN_TO_BE_REPLACED

The annual gaming fest known as E3 is just a few days away now, with press conferences kicking off on Monday and the trade show itself getting underway on Tuesday. For a quick peek at what's on tap from Ubisoft this year, here's a synopsis of what they'll be showing in their Monday press conference, as well as what they plan to have for hands-on time in their E3 booth. Ubisoft's press conference will feature demonstrations and trailers of their upcoming lineup for the new Nintendo Wii U, as well as digital titles, … END_OF_DOCUMENT_TOKEN_TO_BE_REPLACED

Ubisoft today announced that Tom Clancy’s Ghost Recon: Future Soldier has "gone gold" for the Xbox 360 and PS3 and will be released for those platforms on May 22 in North America. Its Windows PC release will come June 12. In the process, Ubisoft also took a verbal jab at Activision, which unveiled Call of Duty: Black Ops 2 this week. “While one of our competitors recently revealed plans to imitate our game’s future technology for their release in the fall, we’re proud to be bringing Ghost Recon: Future Soldier to … END_OF_DOCUMENT_TOKEN_TO_BE_REPLACED

The Ghost Recon: Future Soldier multiplayer beta will run from kicks off this week, with a full run date of April 19 - May 2 on both the Xbox 360 and PlayStation 3. In the multiplayer beta, up to twelve simultaneous players will have the opportunity to choose from three classes (Rifleman, Engineer and Scout) and experience the intense adversarial online action in two different modes: Conflict •  Description: players battle to complete objectives located throughout the map and earn points, the team with the most … END_OF_DOCUMENT_TOKEN_TO_BE_REPLACED

Ubisoft has uploaded some new content for both the Xbox Kinect and Nintendo Wii versions of Just Dance 3, announcing that four new DLC tracks and one "Spring Break" dance pack are now available for their motion-friendly game. The Just Dance 3 DLC will be available on March 13 for Xbox Kinect and on March 14 for the Wii. The four new DLC songs include Nick Phoenix and Thomas Bergersen's "Professor Pumplestickle,” a whimsical number for any duo ready to bust out fun theatrical dance moves; The Reverend Horatio Duncan & … END_OF_DOCUMENT_TOKEN_TO_BE_REPLACED

The Assassin's Creed series has become one of the most revered current-gen franchises on the Xbox 360 and PS3, so much so that the era-spanning games have inspired a comprehensive backstory and related multimedia avenues to further flesh out everything that's going on in the Assassin's Creed world. Case in point: Assassin's Creed Lineage, a Blu-ray Disc movie that covers the life and times of hero Ezio Auditore, which can be yours for free if you win this contest. Assassin's Creed Lineage is the first chapter of … END_OF_DOCUMENT_TOKEN_TO_BE_REPLACED

Ubisoft has just released a new Rayman 3 HD video in preparation for the XBLA and PSN game's launch in late March. The video, which focuses on the various hoodlums or villians that Rayman must defeat, is called "The Bad Guys." You can watch the new Rayman 3 HD "Bad Guys" video below in its entirety. In Rayman 3 HD, fans and newcomers alike can play through the original 15- to 20-hour game with fully updated HD graphics. All of the content and gameplay nuances from the original Rayman 3 are intact, plus a wealth of … END_OF_DOCUMENT_TOKEN_TO_BE_REPLACED

A new batch of Rocksmith DLC was made available today, with tracks from Blink 182 now available for download for Ubisoft's guitar-playing game. The songs included in this pack are "Dammit," "What’s My Age Again?" and "All the Small Things." Each song in the Blink 182 Rocksmith DLC is available for individual purchase on both the PS3 and Xbox 360. On PS3, each song will set you back $2.99 via the Playstation network. Each song is available for individual purchase on Xbox 360 for 240 Microsoft Points. Rocksmith is … END_OF_DOCUMENT_TOKEN_TO_BE_REPLACED