You are here: Home / Archives for Video game loot boxes 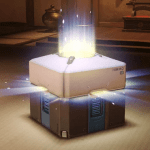 As loot boxes come under pressure in the EU, will Ireland be the next country to ban them? Follow this article to learn more about what’s causing the loot box controversy and how Ireland builds its relationship with the phenomenon. What’s a loot box If you’re not into gaming, you may not even know what a loot box is. If you don’t know that, it may be hard to understand why would anyone want to ban something from a video game. Here’s a quick synopsis. When you think of a video game, you probably think about … END_OF_DOCUMENT_TOKEN_TO_BE_REPLACED