You are here: Home / Archives for Video Game’s Evolution 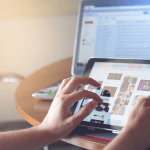 The Tomb Raider franchise is probably one of the best modern examples of cross-platform media in the contemporary world of pop culture. It started out as a best-selling video game in its debut in 1996. Fans instantly fell in love with Lara Croft and the lore that surrounded the character. But not many could have predicted the kind of evolution that Tomb Raider has gone through since its initial debut. Today, the Tomb Raider franchise has been churning out video games, toys, films, comic books, online slot games, and … END_OF_DOCUMENT_TOKEN_TO_BE_REPLACED

Interesting Whiteboard Games for Your Kids