You are here: Home / Archives for Wii mini 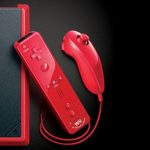 With gamers focused on the next-gen PS4 and Xbox One release dates this month, Nintendo has taken a surprisingly last-gen turn today, unveiling a Wii mini console for the North American market. The original Wii was a cultural phenomenon, and although most people who would consider buying a Wii Mini already have the original system, you can never discount the gotta-have-it-all consumers in the gaming community. Especially when the Wii mini console will cost just $99.99. Oh, and it ships Nov. 17. You can pre-order the … END_OF_DOCUMENT_TOKEN_TO_BE_REPLACED