You are here: Home / Archives for Wii U 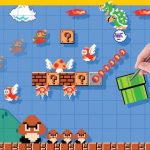 Three years ago, Nintendo launched the Wii U. It was the sequel to the Nintendo Wii, part of its next generations of consoles (its last most popular console being the Nintendo GameCube). The Wii U had one of the strangest controllers anywhere. The controller had an embedded touchscreen. In a generation of consoles that were still working on touch sensitive pads for their controllers, this was a relatively unheard technology. For some reason, it didn’t really make any sense. People did not need the integrated display. … END_OF_DOCUMENT_TOKEN_TO_BE_REPLACED

Nintendo reported a slim annual profit in its most recent fiscal year, but an analysis of the company's sales figures shows a far less-encouraging data point for Nintendo, and one that may not bode well for the company's new Wii U console. Nintendo was the first out of the next-gen gates last fall when it launched the Wii U, the successor to its massively popular Wii console. The Wii U includes a tablet-like control pad in addition to its gesture-sensitive mechanics, an innovation that Nintendo hoped would carry the … END_OF_DOCUMENT_TOKEN_TO_BE_REPLACED

Nintendo is unleashing the largest launch-day video game lineup in its history for its new Wii U console, with a healthy dose of first- and third-party titles slated to appear on the first day of the console's availability. When Wii U launches on Nov. 18 in the Americas, 23 games will be ready to play as well. These include Nintendo-published games like Nintendo Land, New Super Mario Bros. U, SiNG PARTY and Ninja Gaiden 3: Razor’s Edge, as well as third-party powerhouses like ZombiU from Ubisoft, Call of Duty: Black Ops … END_OF_DOCUMENT_TOKEN_TO_BE_REPLACED

The Nintendo Wii U release date and price were inadvertently leaked by a distributor today, letting one of Nintendo's biggest secrets of 2012 out of the bag before Iwata-san and Reggie got to make the big announcement themselves. That is, of course, if the leak is legit. However, Nintendo hasn't yet publicly denied the information, which would seem to give the data some relevance. According to an intranet posting at Video Product Distributors, a wholesaler that works with large online retailers, the Nintendo Wii … END_OF_DOCUMENT_TOKEN_TO_BE_REPLACED 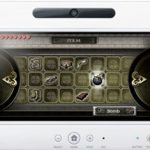 The Nintendo E3 press conference and Wii U represent another roll of the dice, another gamble. The same story as five years ago. Only this time the surprise has turned into a groan: "Oh no, not again." And, like Kinect, a lot of it has to do with the Wii and the way it played out. Because Nintendo, once again, is risking short-changing its fans. The Wii had lots of promise, things like light saber battles and WiiConnect 24, but it never went anywhere. Our Wiis were going to be full of gaming love every morning. From … END_OF_DOCUMENT_TOKEN_TO_BE_REPLACED

Nintendo took the wraps off its Wii U console yesterday with more than a few “what?!” comments uttered quietly by the crowd. There were also more than a handful of “holy s**t!” exclamations, which has come to be expected from any Nintendo E3 press conference. Beyond those knee-jerk responses, a few longer-term questions remain not just in terms of gamers’ potential satisfaction, but in terms of their likelihood of buying the Wii U. Below are three things we’ve debated since the Wii U’s official unveiling that may hurt … END_OF_DOCUMENT_TOKEN_TO_BE_REPLACED