You are here: Home / Archives for XBLA

Torchlight started its life as a Windows PC game, but after selling more than 800,000 units, Runic and Microsoft Game Studios decided to launch an Xbox Live Arcade version to bring the PC phenom to the console crowd. In the Xbox 360 version of Torchlight, combat is more exciting with revamped controls and mechanics, new armor and quests. There’s even an exclusive new pet for your character, and you can send a goodie or two to your friends on Xbox LIVE to share the fun -- a first for the series. Oh, you didn't know … END_OF_DOCUMENT_TOKEN_TO_BE_REPLACED

With Gears of War 3 at the top of many Xbox 360 gamers' minds, it's tempting to think that Halo: Reach is all but forgotten. Yes, that's a joke. Halo: Reach is still the latest game in the Halo franchise, which means millions of people are looking for all sorts of excuses to get in there daily and go on a running riot. Still, when the Halo: Reach Defiant Map Pack released, there were undoubtedly a few folks who passed it up due to a lack of Microsoft Points or the desire to move on. But with E3 just around the corner -- … END_OF_DOCUMENT_TOKEN_TO_BE_REPLACED

It’s known as racing’s golden age. The late 1960s and early 1970s featured a dramatic range of race cars known for their powerful engines, technical handling capabilities and dramatic car designs. Beginning April 26, racing enthusiasts can experience the intensity of the driver’s battle in some of this era’s most iconic cars in the Shift 2 Unleashed Legends content pack. Players can purchase the Legends pack for 800 Microsoft Points on Xbox LIVE Marketplace or $9.99 on the PlayStation Network.   The … END_OF_DOCUMENT_TOKEN_TO_BE_REPLACED

The M, T and "E for Everyone" ratings have become common vernacular among most gamers, but the ESRB has decided that the ratings for the industry's increasingly prevalent downloadable game segment need a bit more consistency and a more-streamlined process. So, this week, the ESRB will begin implementing a new rating process for all games that are sold and/or downloaded exclusively through a console or handheld storefront. This means the common DLC avenues -- Xbox Live Arcade, the PlayStation Store, Nintendo Wii and the … END_OF_DOCUMENT_TOKEN_TO_BE_REPLACED 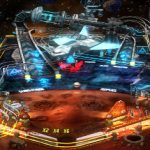 Normally, small add-on bits of software like this new table from Zen Studios won’t get much of a blurb from me – but after spending so much of my time with Pinball FX2 and the fabulous Marvel tables previously, I’d me mistaken not to mention the new addition for the engine. Yes, Mars has been out for the Zen Pinball on PSN for quite some time now, but it was obviously something that Zen Studios was proud enough of to port over to the, in my opinion, superior engine they created with Pinball FX 2. As with other titles … END_OF_DOCUMENT_TOKEN_TO_BE_REPLACED