You are here: Home / Archives for Yoostar 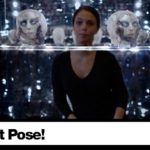 The Yoostar games are a karaoke fan's dream come true, a statement that's never been more true than it is with Yoostar on MTV. The concept of the Yoostar games is pretty consistent from one to the next -- act out movie and/or music video roles via the Xbox Kinect hardware and see your performance on screen -- but this MTV-branded outing break from the norm by focusing exclusively on one company's IP. In this case, MTV's. Shows like Road Rules, Pimp My Ride and Jersey Shore butt up against music videos from artists … END_OF_DOCUMENT_TOKEN_TO_BE_REPLACED

The image of Prince William and Kate Middleton enjoying their first public kiss was one of the year's most iconic scene for millions of people worldwide. The developers of Yoostar 2 are now helping all those viewers who also happen to own an Xbox 360 make their own Royal Wedding dreams come true by making the Royal Wedding kiss available as free downloadable content for the Xbox Kinect game. There was no immediate indication about when, or whether, this DLC would be made available for the PS3 version of Yoostar … END_OF_DOCUMENT_TOKEN_TO_BE_REPLACED 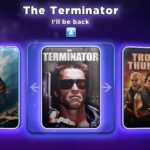 Back when DVDs were still new, an entire generation of would-be actors and actresses popped-in their favorite movies and performed classic scenes as if they were the ones in front of the camera. Meanwhile, Scene It! board-game fans tested their Hollywood mettle by recalling lines, actors and actresses from the silver screen. Fast-forward to 2011, though, and DVDs and board games have been overshadowed by the Xbox Kinect, which when combined with Yoostar 2 represents a creative outlet for an entirely new generation of … END_OF_DOCUMENT_TOKEN_TO_BE_REPLACED