Microsoft's strategy of highlighting more than just games with the Xbox One gained steam today, as the Spanish TV network Univision today announced that a Univision Deportes on Xbox One app will launch day and date with the next-gen console. Set to debut alongside the Xbox One on Nov. 22, Univision Deportes will be the first Spanish-language sports app launched on Xbox One in the United States. It joins the exclusive NFL content, an ESPN app and several other sports tools for owners of Microsoft's forthcoming … END_OF_DOCUMENT_TOKEN_TO_BE_REPLACED

Sony's PlayStation 4 launches on Nov. 15 in North America, and much like Microsoft is claiming its Xbox One is about more than just games, Sony's PS4 is a multimedia entertainment device as well. Last year, the PS3 became the top Netflix streaming device in the living room, for instance. The PS4 looks to be continuing that tradition, as Sony today unveiled the full list of PS4 apps that will be available at the next-gen console's launch. Available through the PlayStation Network (PSN), PS4 owners will have access to … END_OF_DOCUMENT_TOKEN_TO_BE_REPLACED 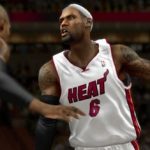 With the launch of NBA 2K14 for PS4 and Xbox One approaching quickly, 2K has stated quite clearly that the next-gen consoles shipping this month aren't just about updated graphics. Indeed, 2K Sports has taken the time to implement a new and improved MyTEAM mode for the next-gen versions of NBA 2K14. The MyTEAM mode on the next-gen sytems will allow players to test their team-building skills against the best the NBA has to offer in Domination mode by facing off against actual NBA teams. New to MyTEAM on PS4 and Xbox … END_OF_DOCUMENT_TOKEN_TO_BE_REPLACED 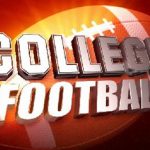 The NCAA today revealed its College Football Playoff Selection Panel, a group of 13 individuals deemed passionate and qualified enough to determine the fate of the world. Well, not really, but that's what it feels like to college football fans who will officially leave their team's fate in the hands of a panel that decides which teams head into the playoff structure that will soon determine college football's champion. Expectations are high for the new College Football Playoff Selection Panel, as fans, coaches and … END_OF_DOCUMENT_TOKEN_TO_BE_REPLACED

The NFL enters week 6 with a slew of big winners and even bigger losers. Those two extremes are perhaps captured best in the Manning household, but Eli's not the only one with bad news this weekend. First, the Patriots have learned that Gronk is out for quite some time, and the Lions' defensive tackle Ndamukong Suh has learned that he will, in fact, have $100,000 less in his wallet. But first, the Mannings. Big brother Peyton Manning on Sunday will lead his undefeated Denver Broncos into a slaughtering known as their … END_OF_DOCUMENT_TOKEN_TO_BE_REPLACED

In a class-action lawsuit brought against game publisher Electronic Arts seemingly decades ago, student athletes asked for compensation related to the money EA made selling college sports-related games. Today, that lawsuit has finally closed, as EA has agreed to pay tens of millions of dollars to current and former student-athletes. The "EA to Pay" settlement, which we'd love to see the NCAA try to ban for "player compensation," resolves EA's liability in a lawsuit brought by former UCLA basketball star Ed … END_OF_DOCUMENT_TOKEN_TO_BE_REPLACED 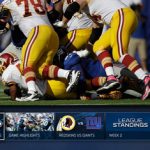 Sorry, Madden NFL 25 fans, but it appears the script from a recent TV ad didn’t reflect real life. In the spot, San Francisco 49ers quarterback Colin Kaepernick made a bet with Seattle Seahawks QB Russell Wilson that the loser of the game would have to shave his eyebrows. The Internet, being what it is, took that to mean that the Kaepernick Wilson eyebrow bet was a real deal, whetting the appetites of thousands of PhotoShop experts. Looks like the masses will have to save their PhotoShop skills for another … END_OF_DOCUMENT_TOKEN_TO_BE_REPLACED

A new football game is coming to a next-gen console near you in January, and it's not from a company you might expect: EA. Not only that, but the company not always known for innovation is creating a new genre: football RPG. OK, so maybe we made that bit up. But not really: Called NFL Tour, the new arcade-styled game will let players embark on a fictional NFL road show. With real NFL players as teammates, players will travel across the country to play against each of the NFL teams in newly designed stadiums. As players … END_OF_DOCUMENT_TOKEN_TO_BE_REPLACED

Unlike the enormous Electronic Arts E3 booth where the majority of next-gen sports titles are cordoned off in a press-only demonstration room, the curved outer arm at the 2K Sports booth houses a trio of three playable Xbox 360 titles due later this year. NBA 2K7, College Hoops 2K7 and NHL 2K7 are all now confirmed to be in development for Playstation 3 with targets to be released at or near the November 17 launch date. NBA 2K7 One inconspicuous glance at the 60-percent-complete second generation Xbox 360 version of NBA … END_OF_DOCUMENT_TOKEN_TO_BE_REPLACED