The Sony NGP handheld has officially been renamed the PlayStation Vita (PS Vita), and it will come in two varities when it ships to retail this holiday: a $249.99 WiFi-only version, and a $299.99 3G-and-WiFi version that uses AT&T's network. By having both WiFi and 3G connectivity, PS Vita will let users discover new users and content, connect with said users and content, share user-created materials and engage in multiplayer games wherever they are. PS Vita incorporates a five-inch multi-touch OLED as the front … END_OF_DOCUMENT_TOKEN_TO_BE_REPLACED

After announcing that Brothers in Arms 4 was on its way, Ubisoft surprised E3 attendees by describing the tone of the game: more Inglourious Basterds than WWII documentary. The story follows four warriors chasing Hitler, each of whom has unique weaponry and combat abilities to fight an experimental Nazi army conceived in secret by the Third Reich. But by "unique weaponry," we're not talking about fancy SMGs or shotguns. We're talking hatchets and mobile gatling guns. It's hard to describe, really, so below is the … END_OF_DOCUMENT_TOKEN_TO_BE_REPLACED

There's a new Brothers in Arms game coming from Gearbox Software in 2012, but it's not the normal WWII shooter you've come to expect from the series. Called Brothers in Arms Furious 4, the game is more like Inglourious Basterds than a historical shooter. We've also got the debut Brothers in Arms: Furious 4 video trailer for your viewing pleasure, if you're interested. The brutal first-person shooter offers a moderately comical campaign mode playable with up to four players in co-op, as well as a competitive … END_OF_DOCUMENT_TOKEN_TO_BE_REPLACED 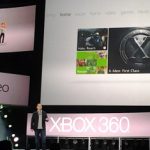 Much ado was made about Insomniac leaving its PS3-only heritage to work on a multiplatform game, but their new IP looks to be putting a lot of those doubters in their place. Called Overkill, the Xbox 360 and PS3 game will feature four-player co-op action and online gameplay. Overstrike follows the tale of a ragtag team called "Overstrike 9," comprised of an ex-mercenary, a lifelong thief, a gifted young scientist and a decorated detective. Overstrike 9 is considered a group of outcasts within their own organization, … END_OF_DOCUMENT_TOKEN_TO_BE_REPLACED

Mass Effect 3, the final game in BioWare's epic space-based trilogy, will land at retailer on March 6, 2012, EA announced today at its E3 2011 press conference. In Mass Effect 3, an ancient alien race known as Reapers has launched an all-out invasion of the galaxy, leaving nothing but a trail of destruction in their wake. Earth has been taken, the galaxy is on the verge of total annihilation, and the player is the only one who can lead a team to stop them. The price of failure is nothing less than extinction. As … END_OF_DOCUMENT_TOKEN_TO_BE_REPLACED

The iPhone hit Fruit Ninja is coming to Xbox Kinect this summer, giving casual gamers a chance to slice and dice their favorite fruits in high definition. Fruit Ninja Kinect isn't a port, but an all-new console iteration of the hit mobile game. Fruit Ninja Kinect will be featured as part of Microsoft's Summer of Arcade promotion and available via download from Xbox Live Arcade. The Xbox 360-exclusive game is scheduled to release sometime during the late summer. Fruit Ninja Kinect takes all the frenzied fruit … END_OF_DOCUMENT_TOKEN_TO_BE_REPLACED

Fresh from their E3 press briefing, these are the latest and greatest screenshots from the insane Assassin's Creed Revelations title. What do you think? [nggallery id=57] … END_OF_DOCUMENT_TOKEN_TO_BE_REPLACED

Coming to homes sometime in 2012, Far Cry 3 was shown at the Ubisoft Press Conference at E3 today. Details are slim so far, but here's what we've got: With Far Cry 3, players step into the shoes of Jason Brody, a man alone at the edge of the world, stranded on a mysterious tropical island. In this savage paradise where lawlessness and violence are the only sure thing, players dictate how the story unfolds, from the battles they choose to fight to the allies or enemies they make along the way. As Jason Brody, … END_OF_DOCUMENT_TOKEN_TO_BE_REPLACED