High quality drones have taken the internet by storm, making practically anyone capable of bringing an extra ‘oomph’ to their videos. Whether you’re a casual videographer interested in drones for some advanced shots or if you’re using a drone to bump-up your security, this trend has given rise to a huge number of brands taking their hand in developing their own professional drones to supply the increasing demand of the market. Here are a few professional drones that range from not so expensive to definitely expensive … END_OF_DOCUMENT_TOKEN_TO_BE_REPLACED

Video tutorials are now available on how to do almost anything. They are an entertaining way to get people to learn how to do something. It has become important to keep a clients attention on a product. This is especially true for digital products such as video games and online casino slots. There is currently an explosion of video games on the market. Both free to play and games you have to pay for. Game developers and marketers are developing video tutorials to get players up to speed with game play quickly. Online … END_OF_DOCUMENT_TOKEN_TO_BE_REPLACED 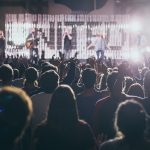 This group of superheroes from DC comics has grown the company into one of the biggest players in the entertainment industry. Members of the Justice league each have their own successful franchises. The brands that have grown from some of the heroes have infiltrated many markets. There are movies, series, games and even real money useful reference games based on superheroes. This is because of the great following the characters command. There are several spin-offs that have developed from their stories. Some of their … END_OF_DOCUMENT_TOKEN_TO_BE_REPLACED

Activision has done some nice things with the latest entry in the Call of Duty franchise. Some people have wondered where the franchise can possibly go next now that they've added superhuman-like abilities to the mix. For those of us enjoying the game, though, the biggest question is where the DLC will take us. Luckily for us, Activision has released a new Call of Duty Advanced Warfare Havoc DLC early weapon access trailer to give us a peek. The COD Advanced Warfare Havoc DLC is available now for Xbox One and Xbox … END_OF_DOCUMENT_TOKEN_TO_BE_REPLACED 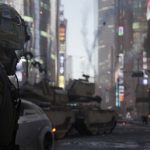 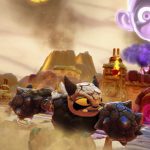 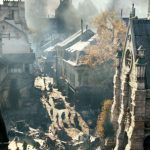 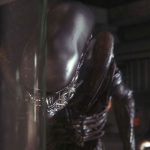 The original movie Alien taught us two things. First: in space, no one can hear you scream. Second: on Earth, fans still scream with delight at the original cast reuniting. So imagine the screams of glee at hearing Alien: Isolation has gone to gold master and is preparing for its Oct. 7 release date. With Alien: Isolation gone gold, Sega's on the verge of reuniting the cast from the original space-horror film. As we previously reported, Sega recruited every member of the original cast to reprise his or her role in … END_OF_DOCUMENT_TOKEN_TO_BE_REPLACED

The Destiny release date is less than one week away, with the Bungie and Activision marketing teams continuing to hit homeruns leading up to Tuesday. Their next at-bat sure looks like another, as it will appear live during tonight's NFL Kickoff between the Green Bay Packers and Seattle Seahawks on NBC. We've seen plenty of in-game footage from Destiny, and 4.6 million people played the Destiny beta on PlayStation and Xbox platforms. But during tonight's Packers / Seahawks game, millions more will be exposed to the … END_OF_DOCUMENT_TOKEN_TO_BE_REPLACED

Back in the day, Left 4 Dead changed how we viewed the co-op survival genre. The game's creators, Turtle Rock Studios, are now working on Evolve, a game where four hunters team-up to battle a player-controlled boss. It's a great concept that can be best explained by watching some Evolve gameplay footage, the latest of which we have below. In this new Evolve gameplay footage you'll see a new map called Distillery. The gameplay video shows Hyde the Assault, Lazarus the Medic, Hank the Support and Griffin the Trapper … END_OF_DOCUMENT_TOKEN_TO_BE_REPLACED

Enter Now and Win Yourself a OnePlus 7T Pro