You are here: Home / Archives for Benefits of introducing game room 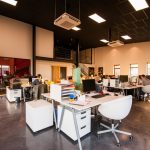 The concept of a standard working office with dingy square cubicles divided by flimsy partitions is becoming a thing of the past. You know the ones – they were featured in that classic Matrix scene in which Neo first had to evade the agents by ducking down behind them. Like the Wachowski brothers' classic, these were popular in the 1990s, but a lot of modern office workers have never heard of them. Office design has come on leaps and bounds in the 21st century, and now there are some seriously innovative ideas about … END_OF_DOCUMENT_TOKEN_TO_BE_REPLACED

Top Movies to Help You Improve Your Brain Power

Why Bitcoin and Crypto continues to be a Success