You are here: Home / Archives for call of Duty Zombies 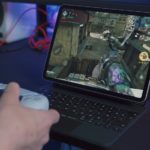 Call of Duty remains one of the most steadfast and recognizable game franchises on the planet. The original Call of Duty was released back in 2003 on both Xbox, Mac OS, and PC. Back then the game was popular enough, but wasn’t the best shooter on the market. Overshadowed by Halo and the various Splinter Cell games, it seemed CoD was destined to be nothing special. But that all changed with the release of one of the most popular shooters in the history of gaming. In 2007 Activision dropped Call of Duty: Modern Warfare. … END_OF_DOCUMENT_TOKEN_TO_BE_REPLACED