You are here: Home / Archives for enter to win samsung galaxy s7 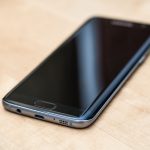 The Samsung Galaxy S7 was one of the top rated smartphones of last year, even coming head to head with Apple’s venerable iPhone 7. The Galaxy S7 is still one of the top smartphones to own. If you have been affected by the Note 7 exploding fiasco, but still want a really cool Samsung phone, the Galaxy S7 is the best choice. You can get your hands on a shiny new Galaxy S7 by entering this contest. Here are some of the most gushed about features of the Samsung Galaxy S7, named the best smartphone of all time by Consumer … END_OF_DOCUMENT_TOKEN_TO_BE_REPLACED