You are here: Home / Archives for How video game helps you to improve your mental heath 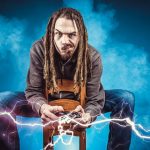 Hard video games have been around since gaming itself. Back in the NES era, games were much harder because they were short, and a difficult game meant that you’d get your money’s worth mastering it. As gaming became more mainstream, games became a bit more streamlined and “dumbed down,” as some may say. However, there has been a surge in popularity for difficult games like Sekiro, Dark Souls, Cuphead, and more. One reason is that they are so mentally stimulating. There are many myths  about games, from games … END_OF_DOCUMENT_TOKEN_TO_BE_REPLACED