You are here: Home / Archives for Is temple run in the works 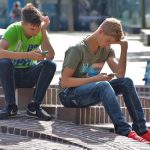 Temple Run was one of the best games that we played a few years back. It seemed simple at first but it was really challenging. What the player had to do was choose a player and then lead him through a broken-down temple and its paths while collecting gold coins on the way. Obviously, a game is no fun if it is so easy to achieve. Thus, there were obstructions such as bridges, broken paths and tree branches. In case you ever missed and hit an obstruction, you, that is the player, would falter and be chased by animals of … END_OF_DOCUMENT_TOKEN_TO_BE_REPLACED