You are here: Home / Archives for PS4 price 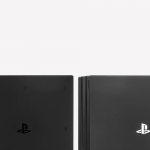 The PlayStation 4 console was released back in 2013. With 106 million units sold, the PS4 has been a favourite amongst gamers for years and considered by many to be the best console released. Until of course, the PS5.  Speaking of the PS5, if you’ve set your eyes on owning the white powerful console with a cape, you might be interested in selling off your old PS4 to better be able to afford it. At $500, we could use all the help we can get for a discount. But how much is a used PS4 worth anyway?  Must, … END_OF_DOCUMENT_TOKEN_TO_BE_REPLACED

When gamers will be able to get their hands on the PS4 and Xbox One has been a hot topic since E3, when Sony said "this holiday" for a general PS4 release date and Microsoft said "November" for the Xbox One release date. During the hubbub of E3, we reported the PS4 release date could be mid-November, based on a press release that EA sent out for Need for Speed Rivals. However, looking at revised pre-order data from Amazon, Sony's next console may in fact ship well earlier than anyone expected. Over the weekend, the … END_OF_DOCUMENT_TOKEN_TO_BE_REPLACED 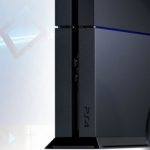 A discussion brewed recently about the PS4 price vs. Xbox One price, and why Microsoft didn’t “cave” like they did on the Xbox One DRM and used-game policy. It ultimately came down to a decision that may have some ironic results for Sony considering their insistence on putting games and gamers ahead of entertainment. To reduce the PS4’s price to be $100 lower than the Xbox One MSRP, Sony may have neutered one of its most brilliant moves between generations: ditching PlayStation Move and including that functionality in … END_OF_DOCUMENT_TOKEN_TO_BE_REPLACED