You are here: Home / Archives for Techland

One of our most-anticipated already-announced games going into E3 is Dying Light, an Xbox One and PlayStation 4 (PS4) FPS survival-horror game slated to release in 2014. In addition to its next-gen versions, Dying Light will also have an Xbox 360, PS3 and PC counterpart. Today, Warner Bros. Interactive and Techland released the E3 trailer for Dying Light, which we have below for your viewing pleasure. In Dying Light, players during the day will traverse an expansive urban environment overrun by a vicious zombie … END_OF_DOCUMENT_TOKEN_TO_BE_REPLACED

The next-gen conversations may now be quite alive, but their first-person shooter ranks have just gone decidedly (un)dead. Techland and Warner Bros. Interactive today took the wraps off of Dying Light, a first-person survival-horror game with a portentous day-night cycle set in an open world. Dying Light, an action-oriented rather than slow-moving-zombie type game, is currently slated to release in 2014 for Xbox One, PlayStation 4 (PS4), Xbox 360, PS3 and PC. During the day, players will traverse an expansive urban … END_OF_DOCUMENT_TOKEN_TO_BE_REPLACED 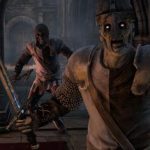 Techland, the developers for Dead Island and Call of Juarez, today announced their next big game is a co-cop slasher for Xbox 360, PS3 and PC called Hellraid. According to the developers, Hellraid features a story-driven hack-and-slash single-player campaign as well as a multiplayer mode "full of intense 'coopetition' [in which players] destroy the denizens of hell and compete with friends for points and rewards." Hellraid was previously known by the codename "Project Hell." The first-person co-op slasher offers … END_OF_DOCUMENT_TOKEN_TO_BE_REPLACED