You are here: Home / Archives for Tecmo Koei

Tecmo Koei America has taken the wraps off of its early 2014 PlayStation game lineup, announcing three new games are coming to a Sony system. The company appears to be taking a cautious approach to the PS4 console, however, because of the three new games announced today, none of them is coming to the next-gen console. With that said, just because Tecmo Koei's early 2014 PlayStation game lineup is only in development for the PS3 and/or PS Vita, that doesn't mean the company has nothing cooking for Sony's forthcoming … END_OF_DOCUMENT_TOKEN_TO_BE_REPLACED 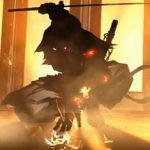 We now know the games Tecmo Koei America will be showcasing in its E3 2013 booth next month, as the game publisher today confirmed its E3 2013 game lineup. The company didn't announce any Xbox One or PlayStation4 (PS4) titles, but those announcements may simply have not been made yet due to scheduled announcements during Microsoft's and Sony's press conferences. Probably most notable as being on display is Yaiba: Ninja Gaiden Z, a collaborative effort between by Team Ninja and Keiji Inafune best described as "cyber … END_OF_DOCUMENT_TOKEN_TO_BE_REPLACED

Team Ninja has released its latest chapter in the storied Dead or Alive franchise, as Dead or Alive 5 is now available for the Xbox 360 and PlayStation 3. There's also a GameStop-exclusive Dead or Alive 5 Collector’s Edition for both consoles, if you're so inclined. Dead or Alive 5 incorporates a wealth of martial arts fighting techniques into its distinctive fighting style to create a captivating new generation of DEAD OR ALIVE combat. Players will once again take on the roles of the legendary cast of DOA fighters … END_OF_DOCUMENT_TOKEN_TO_BE_REPLACED

The "what we're showing at E3" info keeps flowing into our inboxes today, with Tecmo Koei being the latest publisher to outline what they'll have on display at next week's trade show. The game acting as the booth's anchor will obviously be Dead or Alive 5, as you'll see below, but Tecmo will also be showing some partner games. The following titles and events will topline Tecmo Koei's strong presence at E3: DEAD OR ALIVE 5 (Hands on Demo) DEAD OR ALIVE 5 incorporates a variety of martial arts fighting techniques … END_OF_DOCUMENT_TOKEN_TO_BE_REPLACED

Team Ninja has announced two new assassins to the fighting roster for Dead or Alive 5, which is set to release in September for the Xbox 360 and PS3. The new characters aren't really "new," as both Christie and Bayman are making a return to the Dead or Alive series in DOA5. Both characters have been completely redesigned in their appearance, and their unique play styles have been honed as well. Christie, a British female assassin, is a cold-blooded, merciless woman. She possesses the perfect qualities for an assassin … END_OF_DOCUMENT_TOKEN_TO_BE_REPLACED

Tecmo Koei America gave Ninja Gaiden 3 fans an early gift for the holidays, confirming the Xbox 360 and PS3 release date for the fast-action ninja game. The company also released preorder details and the contents of the Collector’s Edition that will be available for both platforms. Ninja Gaiden 3 will ship on March 20, 2012. Ninja Gaiden 3 spotlights Ryu Hayabusa with an original story that Tecmo says brings "new depth to the game’s intense swordsmanship and hardcore action combat ... to immerse players in a new … END_OF_DOCUMENT_TOKEN_TO_BE_REPLACED