You are here: Home / Archives for The Next Level 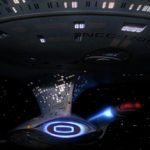 When Star Trek: The Original Series made its remastered way to Blu-ray Disc a few years back, the knowledge that the video had been overhauled and the audio remastered made thousands of franchise diehards cry foul. How could Gene Roddenberry’s titular sci-fi series be tinkered with? Was Paramount going all George Lucas on the Star Trek franchise? Truth be told, the remastering was well worth it, and for series stalwarts the original versions still existed on the disc. Fast-forward to 2012, and Star Trek: The Next … END_OF_DOCUMENT_TOKEN_TO_BE_REPLACED