You are here: Home / Archives for What is the new batmobile based on 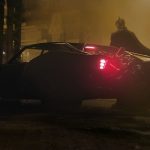 Whenever a new set of the cast is chosen and revealed to the beloved fans of a well-known superhero franchise, especially when the franchise has received an amazing set of movies that had become instant classics on their releases, it’s impossible for the directors to not expect a backlash. But the directors stay positive and more often than not deliver something that fans end up appreciating. A new Batman film is in the making. Director Matt Reeves recently shared the new Batmobile on his official twitter account and … END_OF_DOCUMENT_TOKEN_TO_BE_REPLACED