You are here: Home / Archives for Electronics 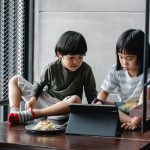 Let’s face it, your toddler wants to play games on the iPad or the iPhone, but you know how much they cost. None of us are willing to pay exorbitant amounts for an app on a device. Some apps require a payment or purchase that your child will cry about until they get it. We also understand your child’s frustrations, unable to attend school; your toddler probably misses out on playing with their friends. That’s why we’re here to help you find games on the app store, specifically for iOS users. These games don’t cost … END_OF_DOCUMENT_TOKEN_TO_BE_REPLACED 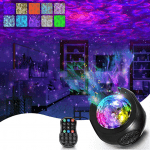 Enter this contest and secure yourself a chance to win this trendy POCOCO Starry Night Light Projector with LED Nebula Ocean Wave. It is also called the Galaxy Projector. This super device is the perfect gift for children and adults. It helps you sleep better while converting your room into a calm and soothing place ideal for relaxing. Not only does it enhance your sleeping experience and allows you to get an uninterrupted shut-eye, but it also creates an atmosphere that helps you unwind peacefully. This projector is … END_OF_DOCUMENT_TOKEN_TO_BE_REPLACED 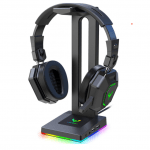 You do not want to miss the golden opportunity to win this incredibly trendy headphone stand! Do you love your headphones? If your answer is yes, why not get your hands on the Blade Hawks RGB Gaming Headphone Stand that will hold your headphones comfortably and keep your space organized and clutter-free. This headphone stand will not only be a logical way to keep your headphones on your desk, but it is also a uber-cool accessory that adds to your room/workspace vibe.  The latest Blade Hawks RGB Gaming … END_OF_DOCUMENT_TOKEN_TO_BE_REPLACED 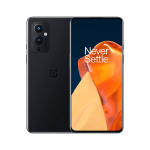 You do not want to miss this chance to get your hands on the new astral black unlocked OnePlus 9 Android phone! The latest phone launched in the OnePlus series is a creative blend of superior quality materials to give the user a premium experience and a phone that looks great. The OnePlus 9 is a great value package with camera quality and powerful battery life. The sleek design is very similar to its predecessor, the OnePlus 8T, with some necessary improvements in the camera.  The latest OnePlus 9 phone comes with … END_OF_DOCUMENT_TOKEN_TO_BE_REPLACED 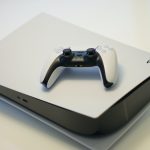 The gaming world had been patiently awaiting the release of the next-gen home gaming console, the Sony PlayStation 5 for a fair while. Naturally, when it was launched in the global market in November 2020, avid gamers and in fact, the whole gaming fraternity collectively went berserk for good reason. Sony’s ninth generation of video gaming consoles had quite a big pair of shoes to fill since it followed the widely acclaimed, massively popular PlayStation 4 released in 2013. Gaming aficionados expected it to give … END_OF_DOCUMENT_TOKEN_TO_BE_REPLACED 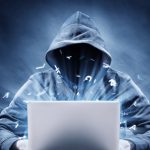 Given that the Covid-19 pandemic has led to major restrictions and lockdowns around the world, with an increase in online gaming, the number of hacker attacks on the gaming and gambling industries has also increased. In recent months, we have probably enjoyed the technology and various technological gadgets we have at the disposal today more than ever before in history. Many people were voluntarily or forcibly locked inside their four walls due to the pandemic, so they had to find entertainment to fill the day in … END_OF_DOCUMENT_TOKEN_TO_BE_REPLACED 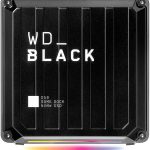 Today’s contest alert brings you something that you won’t be able to resist at all. If you are an avid gamer who has always wanted a state-of-the-art setup, then you’re going to want to take part, because the prize that we giving away this time is a stunning WD_Black D50 NVMe SSD Game Dock! The Western Digital gaming dock features a state-of-the-art TB3 docking system that is bound to amaze dedicated heavy gamers who have an extensive home gaming setup. Additionally, this dock has an in-built SSD which makes your … END_OF_DOCUMENT_TOKEN_TO_BE_REPLACED 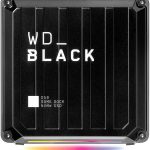 If transforming your laptop into a state-of-the-art integrative and immersive gaming station is the stuff of your dreams, then you’ll be excited to know that we’re giving away a WD_BLACK D50 Thunderbolt 3 Game Dock.  A TB3 docking system with built-in SSD targeted for dedicated niche gamers looking for a huge home gaming setup, this is the game dock with all the powerful features you could possibly want.  With this, you get a multi-port solution that enables you to break out your laptop with multiple … END_OF_DOCUMENT_TOKEN_TO_BE_REPLACED

If you’re looking to switch your standard Xbox Series X gamepad to a controller with extra customizable buttons for precision and control; you might know about the Razer Wolverine V2.  The Raver Wolverine V2 is considered to be the best wired Xbox controller of all time by many gamers, far surpassing SCUF or Microsoft Elite competitor controllers. That’s why we’re giving it away for free so that you have a chance to win this incredible upgrade to your gaming setup.  It’s no secret that you can limit and … END_OF_DOCUMENT_TOKEN_TO_BE_REPLACED 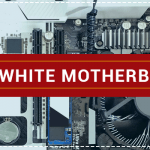