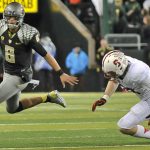 The Week 2 AP college football poll is in, and the Oregon Ducks have leapfrogged the Alabama Crimson Tide to take over the No. 2 spot behind Florida State. The Ducks jumping to second in the nation isn't surprising after their 46-27 win over Michigan State, but it was certainly in question at halftime. During the first half of the Oregon Ducks - Michigan State game Saturday, the storyline looked all too familiar. Oregon's slashy offense had done well against the Spartans defense, but the Ducks' defense struggled … END_OF_DOCUMENT_TOKEN_TO_BE_REPLACED 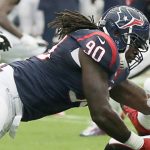 Jadeveon Clowney has been cleared to play Sunday for the Houston Texans' opener against the Washington Redskins. Clowney sat out the Texans' final two preseason games after a concussion he suffered in a joint practice with the Denver Broncos. Having Jadeveon Clowney cleared to play for the Texans' opener is huge for Houston fans. After drafting Clowney with the top overall pick in this year's NFL Draft, fans have been relishing the chance to see Clowney play alongside JJ Watt. That opportunity didn't really come … END_OF_DOCUMENT_TOKEN_TO_BE_REPLACED 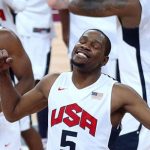 Even without stars like the suddenly endorsement-rich Kevin Durant, the U.S. men's basketball team finished FIBA World Cup pool play undefeated. The team completed their pool play sweep last night with a 95-71 trouncing over the Ukraine basketball team. Durant, Kevin Love and Lamarcus Aldridge were just a few of the players expected to play for the United States in the FIBA World Cup who decided to sit out. Other stars including LeBron James and Kobe Bryant were long known to be sitting this one out. The remaining … END_OF_DOCUMENT_TOKEN_TO_BE_REPLACED 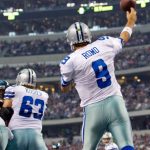 Reports of the Dallas Cowboys signing Michael Sam to their practice squad came just one day after the St. Louis Rams left him off their own in favor of an expanded linebacker corps. According to ESPN, Sam will join the Cowboys once he passes his physical. Sam will reportedly undergo a physical examination at the Dallas Cowboys' headquarters Wednesday. Presuming he passes, which he likely will, the Cowboys will sign the rookie to their 10-man practice squad. The news of Sam poised to join the Cowboys is great news for … END_OF_DOCUMENT_TOKEN_TO_BE_REPLACED 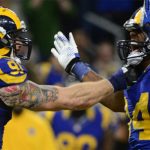 The St. Louis Rams have finalized their 10-man practice squad, and Michael Sam didn't make the cut. Sam, the first openly gay player to be drafted by an NFL team, performed well during the preseason but was stuck on a team where the defensive side of the ball seemed pretty well stacked. Sam survived the Rams' first roster cut in the preseason but was let go as St. Louis made its final decisions for the 53-man roster. Considering his good preseason performance, Sam seemed to have a good chance to make the 10-man … END_OF_DOCUMENT_TOKEN_TO_BE_REPLACED 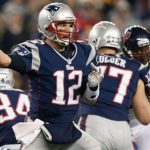 It looks like New England Patriots quarterback Tom Brady will have one of his favorite targets available for Sunday's game against Miami. Rob Gronkowski, who spent the better part of last season injured and off the field, says he's "good to go" for the Week 1 Dolphins game. News of the Patriots Gronkowski cleared to play was surprising for two reasons. First, the news was delivered by Gronkowski himself on Monday as the tight end wanted to avoid fielding "will you or won't you?" questions all week. Normally the … END_OF_DOCUMENT_TOKEN_TO_BE_REPLACED 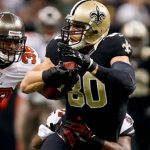 The NFL earned $42,000 this week by issuing two preseason fines to highly visible players, the Cleveland Browns' Johnny Manziel and New Orleans Saints' Jimmy Graham. News that the NFL fines Manziel $12K and Graham $30K is a sign of the league's acute awareness that NFL players are role models. Manziel and Graham were fined for very different reasons. The New Orleans Saints tight end was fined $30,000 for two celebratory dunks over the goalpost during a preseason game against the Tennessee Titans. Graham has dunked … END_OF_DOCUMENT_TOKEN_TO_BE_REPLACED 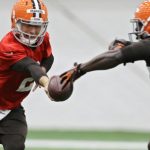 Brian Hoyer was named the Cleveland Browns starting quarterback this week, putting a damper on Johnny Manziel mania. But going into today's game preseason against the St. Louis Rams, Browns coach Mike Pettine said the Browns are considering a two-QB system, re-igniting the discussion about "Johnny Football." Speaking to "The Opening Drive" show on SiriusXM NFL Radio, coach Pettine said "I think in the NFL that you do yourself a disservice if you don't have two quarterbacks ready. People have asked me about … END_OF_DOCUMENT_TOKEN_TO_BE_REPLACED 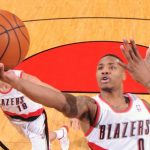 Team USA basketball coach Mike Krzyzewski trimmed his final FIBA World Cup roster to 12 men today. In dropping Damian Lillard, Kyle Korver, Chandler Parsons and Gordon Hayward, the team clearly plans to play big in the international tournament. The NBA game is largely dominated by players who excel at more than one position, but the international game is still a bit more specialized. That's likely the reason Team USA cut Lillard, Korver, Parsons and Hayward from its roster. Lillard, Korver and Hayward are all … END_OF_DOCUMENT_TOKEN_TO_BE_REPLACED 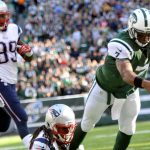 The New York Jets lost to the New York Giants in their Friday night preseason game, but they used the post-game press conference to make a little lemonade. Granted, Geno Smith named Jets starting QB for Week 1 wasn't exactly unexpected, but it was still a confirmation that will give Jets fans some comfort as they go into their preseason finale next week. Smith last season completed 247 of 443 passes last season for 3,046 yards and 12 touchdowns. Unfortunately the then-rookie QB also had 21 interceptions. This … END_OF_DOCUMENT_TOKEN_TO_BE_REPLACED