You are here: Home / Archives for Messi's 34 Rating that could be considered little high 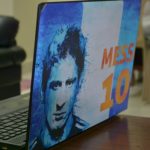 Lionel Messi hit the fabled 90-rating mark in FIFA 09 and has never looked back since. For the most part his numbers have only moved in one direction, with a peak in gaming circles reached when earning 94-rated base cards in the FIFA editions of 12, 13, 14, 16, 19 and 20. A slight dip has been taken in since then, with two points trimmed in the present to leave him on 91, but there is every reason to believe that another boost could be in the offing despite supposedly entering the twilight of a quite remarkable … END_OF_DOCUMENT_TOKEN_TO_BE_REPLACED